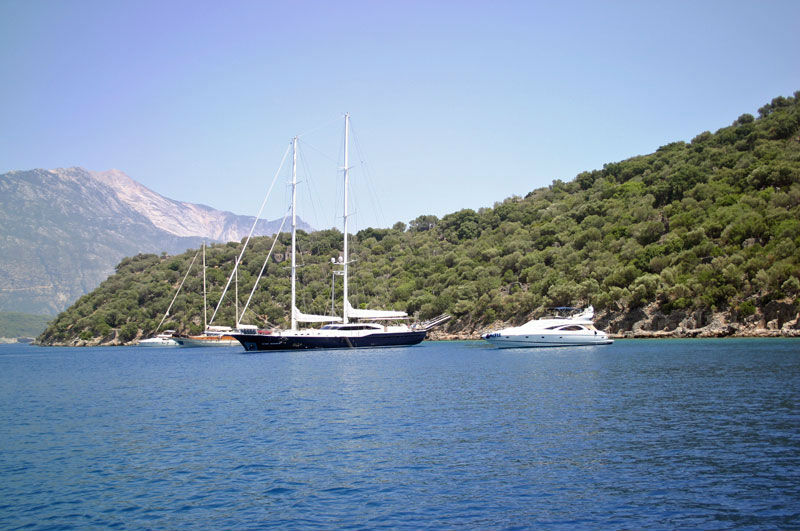 Gemiler Adasi, an island three miles west of Öludeniz, has an attractive anchorage on the north side which can be used in settled weather.  Anchor in 15–20 metres and take a line ashore.  Often rather aggressive “boat boys” will approach and offer to take your lines (for a tip, of course).

The shore is lined with Byzantine ruins, extending some 15-20 metres out under the water. The setting is most picturesque.

On the island are the remains of several churches built between the fourth and sixth centuries AD, along with a variety of associated buildings.

Archaeologists believe it was the location of the original tomb of Saint Nicholas.  The Turkish name of Gemiler Adasi, meaning “Island of Boats”, is a possible reference to St. Nicholas’s role as the patron saint of sailors.  The island was also referred to as St. Nicholas Island by seafarers in the medieval period.

Back to One Week Itineraries …

Back to Two Week Itineraries …